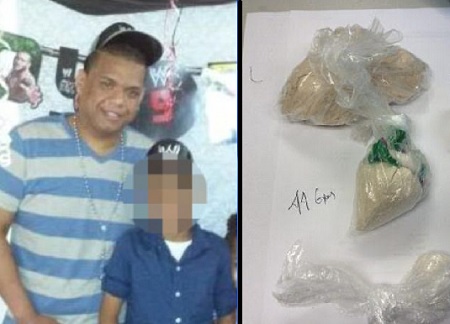 Yamil Mercado, 41 was arrested and charged for endangering his 11-year-old son by planning to sell drugs.

The boy called police after finding drugs stashed in his father’s suitcase, telling police, “I think my dad sells drugs.”

Police said the 11-year-old boy found 212 grams of heroin and fentanyl in his 40-year-old father’s belongings, prompting a phone call to the city’s police department.

After obtaining an arrest warrant, officers searched the man’s luggage and found the drugs packed in multiple plastic bags, as well as several other empty bags, authorities said.

The suspect’s son told police that he had seen him conducting a drug deal earlier in the day. Officers estimated the drugs to be worth about $8,500.