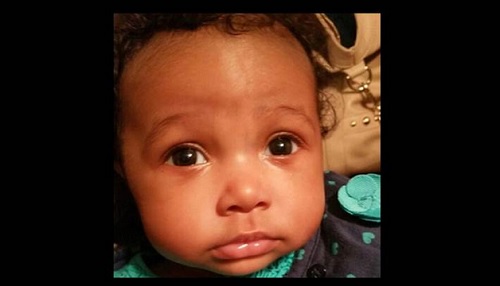 This is a Sad story to actually hear, turns out a 11 Yr-Old Ohio child has been jailed and charged with murder for beating a 2-month-old baby to death.

The child personal information did not get released because of her age, we do know she went before a Juvenile judge Monday 2/9/2015 and was ordered to undergo a mental competency exam before her next appearance.

The incident took place Friday at an apartment in the city of Wickliffe, about 17 miles outside Cleveland.

The girl’s mother was babysitting the infant, Zuri Whitehead, ‘a friends daughter’ She wanted to give the baby’s mother a break from caring for a newborn, they were on a couch downstairs when the mother fell asleep at 3 a.m. Friday, Wickliffe police said at a news conference Monday.

The mother was awakened less than an hour later by her daughter, who was holding the badly injured infant. The 11-year-old took the infant upstairs. When she returned downstairs, the infant was bleeding and her head was badly swollen, Reporters say,

The mother immediately called 911, Zuri was flown to a children’s trauma center in Cleveland, where she died.

The child did not show any remorse.

Juvenile Judge Karen Lawson entered a not guilty plea for the girl at a detention hearing on Monday and ordered that she undergo a competency hearing.

The police chief said he is considering offering counseling for officers who responded to the scene. “We’re having a hard time getting our head around this,” he told reporters. “You don’t see something like this, hardly ever.”

At the hearing, the little girl, all of 4-feet tall and about 50 lbs, appeared in leg shackles and sat beside her mother, as family members sobbed, CNN  reported. The scene made even seasoned prosecutors well up, the affiliate reported.

A judge asked if she understood the charges against her. She answered yes.

She is being held at the Lake County Juvenile Detention Center.