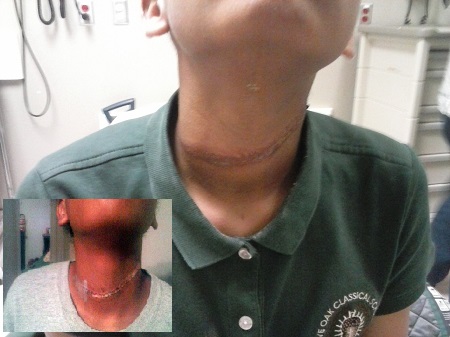 A 12-year-old African American female from Waco attended a school trip came home with some brutal injures around her neck.

This all took place at Live Oak Classical School when a  class of 22 six-graders had been playing with a rope swing the girl said, a rope ended up around her neck.

Authorities want to know how a 12-year-old girl ended up with a rope burn around her neck during an overnight camp out with her classmates.

But the child and her mother believe they already know. The girl is black and attends a mostly white private school near a flourishing part of downtown. They believe she was the victim of a racially motivated attack, the culmination of months of bullying by her classmates.

Live Oak Classical School said in a statement that the girl’s injuries were “caused accidentally” while the students — eight girls and 14 boys — were playing with a rope swing attached to a tree. The girl was one of two black students on the trip.