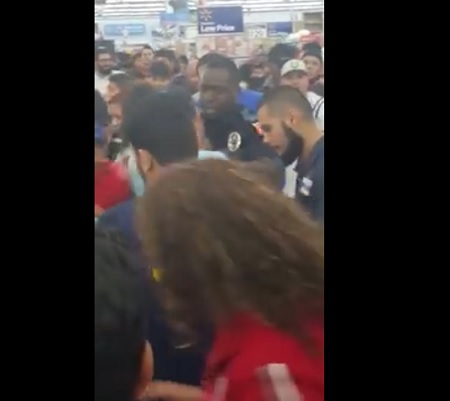 A police officer broke up the fight, as shown in video capturing at least 30 seconds of the melee. It’s unclear who or what sparked the fight or if the assailants will face criminal charges.

At least one participant in the fight was shown being ushered out of the food court by his friends. He made sure to pick up a shopping bag he had dropped on the floor.