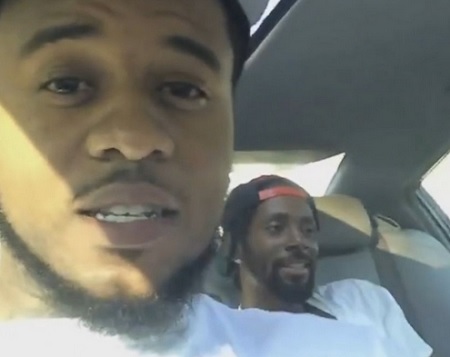 3 Virginia men suffered life-threatening injuries after being shot while recording a video on Facebook Live on Tuesday night.

The men was sitting in a car, and rapping when shots ring out about 5 1/2 minutes into the cellphone recording.

The phone then falls to the floor, the video shows.

Several minutes later, a man, who refers to one of the apparent victims as his nephew, can be heard saying, “Stay relaxed. Don’t go to sleep. Give me your hand. Stay with me.”

The Norfolk Police Department said the video has been verified as footage of the shooting.

“During the shooting incident, one of the men inside the car was broadcasting a live video to Facebook. This video has been confirmed to be of the actual shooting incident,” police said in a news release today.

Police said all three victims — two of them 27 years old and one 29 — were taken to Sentara Norfolk General Hospital with significant injuries after the 6:10 p.m. shooting. Two of the men are doing better, but one is still in critical condition, according to the Norfolk Police Department.

Investigators have not released any information about the suspects or a motive. The investigation is ongoing.