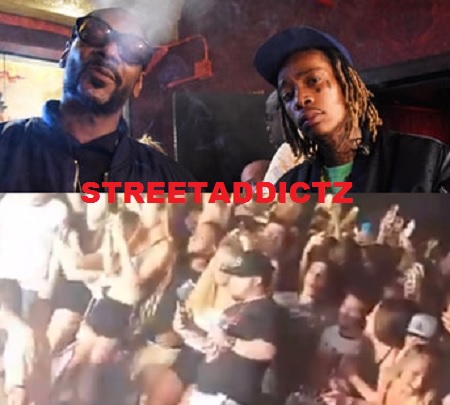 During Wiz Kalifa and Snoop Dogg’s High Road Tour many people had gotten injured when the  railing collapsed during the outdoor sold out concert in Camden New Jersey on Friday night.

Source say 42 people had to be rushed to the hospital.. The railing separated concertgoers from the stage at the BB&T Pavillion in Jersey.

The 42 injured concert-goers were transported to several local hospitals,

According to Camden County fire department the 42 injured fans were transported to several local hospitals.  Seventeen of the injured were transported via a mass causality bus, while the remaining 25 were taken by ambulance transports.

Damn people falling on top of each other and #Wizkhalifa & #Snoopdogg are out? ??