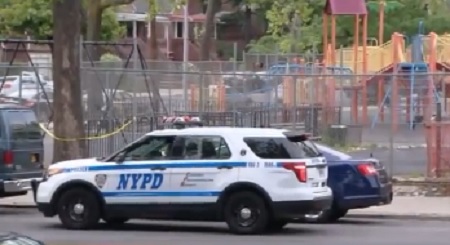 5 teens in Brooklyn were shot over a book bag after an argument escalated around 5pm at Harry Maze Playground on Avenue D and E.56th street in Flatbush

A group of teens were playing basketball when one of them noticed his designer bag was missing. After no one confessed to taking the bag, the owner left the park and returned with a group of friends. One of the friends who happened to have a gun fired shooting 5 people. Police have now closed the park to further investigate. The bag was a MCM bag which costs about $520.