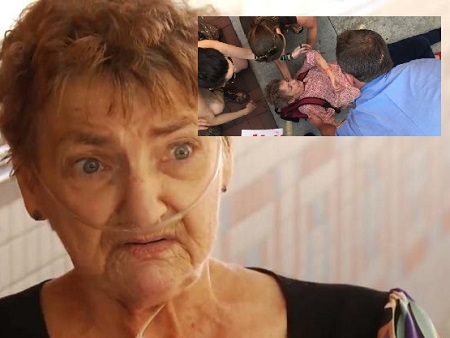 69-Yr-Old Shirley Teter attended Donald Trump‘s Asheville, N.C, rally, when she was punched in the face by a South Carolina man.

On Sept. 12 Shirley was shocked at her experience at Trump’s rally that ended with her being punched in the face. Protesters chased the man they say hit the woman, who wears an oxygen tank, and confronted police officers while others helped the woman as she lay on the ground.