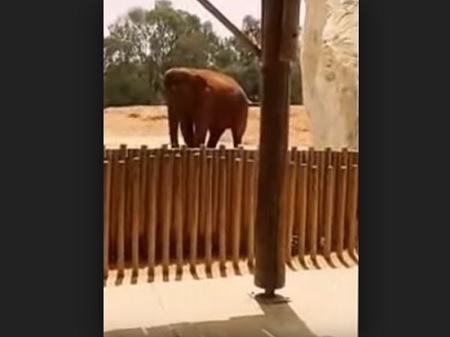 So sad: A seven-year-old girl has died after being hit by a stone thrown by an elephant from its enclosure at Rabat Zoo in Morocco.
The stone got past the elephant’s fence and a ditch separating the animal and visitors, the zoo said in a statement.
The girl was later taken to hospital was pronounced dead a few hours later, the zoo added.
The video shows the elephant waving its trunk behind a fence and swerves round to show a stone on the ground.