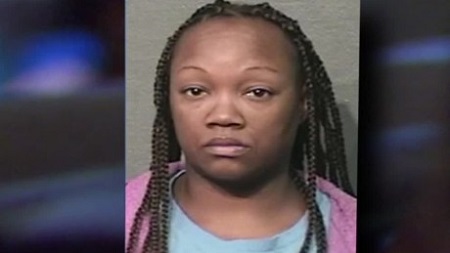 A former 911 operator has been arrested and charged after she confessed to hanging up on callers.

Crenshanda Williams has been charged with interference with an emergency telephone call.

In one incident, Williams hung up on a caller reporting a robbery in progress at a convenience store. The man called back and spoke to a different operator, but by the time police arrived, the store manager was fatally shot.

A security guard called 911 on March 13 to report two motorists driving recklessly at high speed on a Houston freeway. Police said Williams was the 911 operator and cut short the call before the caller could provide his name.

Not willing to help others in need..Oh yeah She’s going down