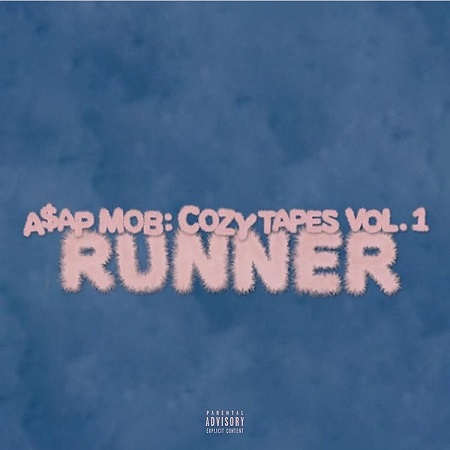 A Harlem-based, hip-hop collective with a Ramones-like naming scheme, A$AP Mob are known for their smoky beats, their throwback vibe, their preference for Gothic and Masonic symbolism when it comes to fashion, and their most successful member, A$AP Rocky. Formed around 2007 by A$AP Yams, A$AP Bari, and A$AP Illz, A$AP Mob soon recruited A$AP Rocky into the collective, a collective of not only rappers but of producers, graphic designers, and fashion designers. Two years later, key member and rapper A$AP Ferg would join the group, but it was Rocky who came to the forefront first in 2011, with his Deep Purple mixtape and the single “Peso.” With designer A$AP Dom on board, the Mob collaborated with the streetwear brand Blvck Scvle that same year, releasing the iconic VSVP hoodie and other bits of Rocky-affiliated wear that mixed dark imagery. Rocky’s mixtape, Live. Love. A$AP, also arrived in 2011, with the collective’s mixtape, Lords Never Worry, dropping in 2012. 2013 saw Rocky make his official debut with Long. Live. A$AP, while Ferg’s debut, Trap Lord, followed later in the year. Other members like A$AP Nast and A$AP Ant were introduced to the masses with the A$AP Mob EP L.O.R.D., released in 2014 by the RCA imprint Polo Grounds.