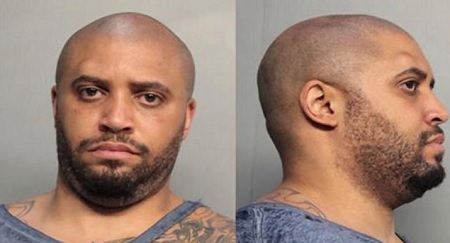 Actor Richard Taylor from “Straight Outta Compton” who portrayed co-founder of Death Row records ended up straight behind bars after fist fighting with a security guard.

According to nydailynews Richard was arrested for alleged assault following an incident at the Sunny Isles Beach hotel near Miami on Sunday.

The brouhaha began when the security guard asked Taylor to take his foot off a table in the venue’s lobby, which Taylor allegedly declined to do.

The guard then asked the front desk to contact the police, but as he waited for them to arrive, Taylor allegedly approached the guard and pushed and bumped him multiple times, leading to a fight, police wrote in the affidavit.