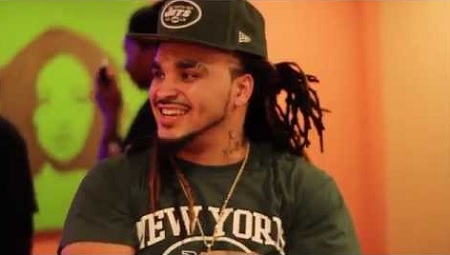 According to NJ.com Up coming Jersey rapper Albee Al ,27, was grazed by a speeding bullet on Tuesday.
The rapper was acquitted of murder two years ago is one of two people who were grazed by gunfire.

Police are now investigating the shootout which left rapper Albert Robinson ‘Albee’ with a gunshot wound to his right forearm at Baldwin Avenue and Rock Street at 6:50 on Tuesday. Robinson refused medical attention.