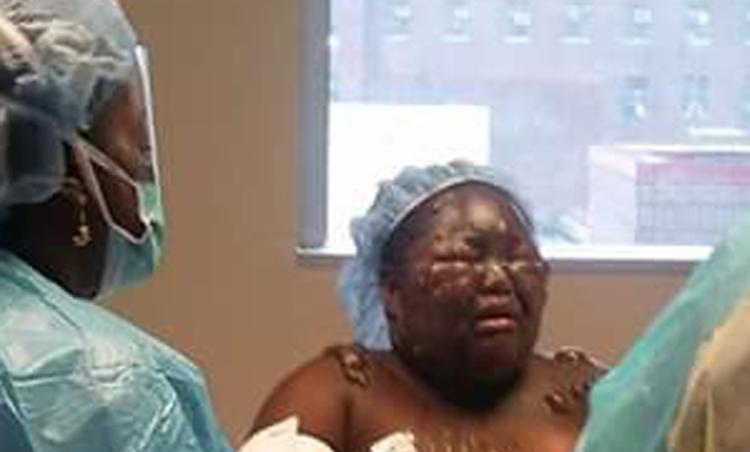 An 11-year-old girl who was severely burned in Morrisania has been released from the hospital.

Jamoneisha was at a sleepover at a friend’s house on Findlay Avenue. While she was sleeping, Jamoneisha woke up to boiling water being poured all over her. She was left with second-degree burns on her face and shoulders.

The burn victim’s mother said that her daughter is feeling better.

“She’s doing much better, she’s in good spirits, she saw her face, she is OK with it,” Ebony said. “You know she’s still traumatized, but she is doing better than what I thought she would do.”

Jamoneisha’s family says they are grateful for all the support they have received. Check interview on Fox 5