An 18-year-old teenager identified as Antonio Martin has been shot by officers in the St. Louis area, police confirmed. The incident was followed by protesters clashing with police at the scene, accompanied by the sound of loud bangs. 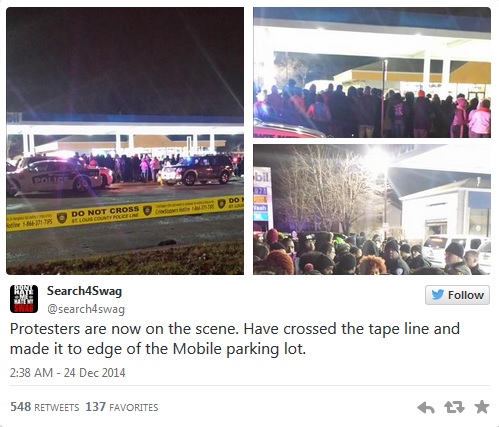 A police officer was conducting a routine check at the Mobil gas station in the suburb of Berkeley, St. Louis at about 11:15 pm local time, St. Louis County Police said. The officer saw two male suspects and approached them.

The officer then fired several shots and wounded one of the suspects fatally. The second man managed to escape the scene.