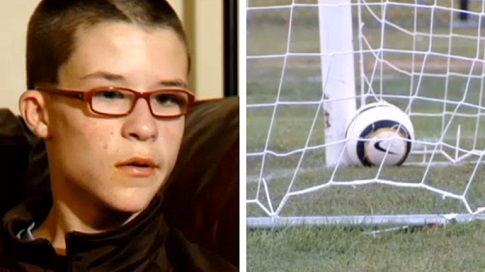 A 16-year-old Pennsylvania teen with autism says he was duct-taped to a soccer goal as part of a horrible hazing incident.

An off-duty Pennsylvania State Police trooper found Babinsack and helped get him down.

“I thought I was going to be stuck there for a long time,” he said. “They duct-taped my hands, my legs, all the way up to my waist, all around the whole pole as tight as they could, and then they attempted to try to take a picture of it. I told them, ‘No,’ and they walked off in frustration.”

The school Dristrct suspended coach Jim Turner and two of the players for at least five days.