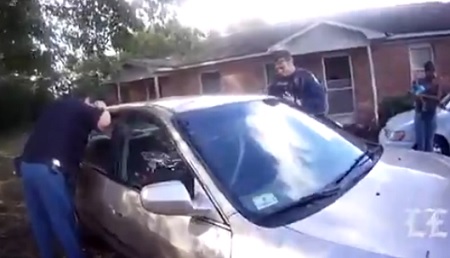 The footage in this video was being recored obtained from the Georgia Bureau of Investigation by the Ledger-Enquirer, showed Officer Raymond Harralson shoot at Earl four times while Officer Ryan Vardman was stuck inside the vehicle.

Towon Obryan Earl, 29, faces several charges from Tuesday’s incident in the 300 block of 28th Street. He was wanted on multiple warrants when officers attempted to make an arrest.”

Damn What you guys think about this video? Comment below