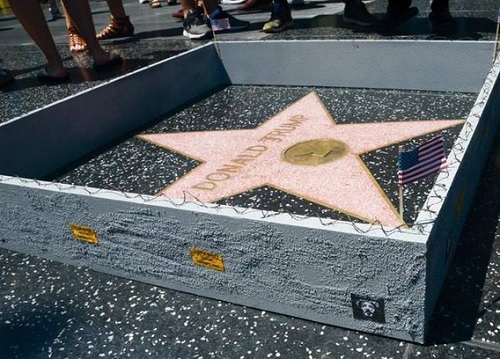 Donald Trump received the Hollywood Walk of Fame star in 2007 for his work on America’s The Apprentice.Today he won’t have to build the wall he has been talking about because someone already built one for him…around his Hollywood Star.

It was created by LA-based street artist Plastic Jesus and was inspired by comments made by the Republican Presidential nominee last year when he outlined plans to build a wall along the US-Mexico border to stop illegal immigrants.