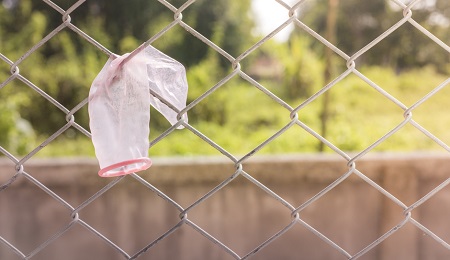 Shocking: A Florida teacher found a 5-year-old student with a used condom in his mouth on Wednesday.

Fort Pierce police officers were called immediately and the child was rushed to the hospital as a precaution.

“It’s pretty clear that someone was likely having sex there or near there, or (it’s) a possible prostitution issue,” police spokesman Ed Cunningham said.

Police said they were increasing patrols at the elementary school after the incident.
School security this wasn’t the first time similar objects were found on the playground.