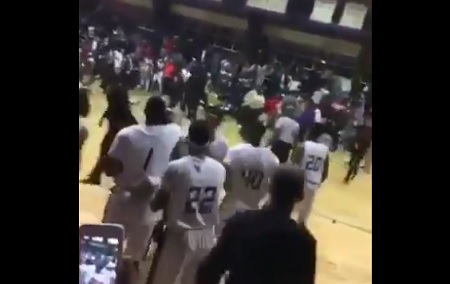 Brawl broke out during the Lemoyne-Owen College vs. Lane College basketball game on Saturday, January 14th in Memphis, Tennessee. Police said no ambulances were called to the scene nor was a police report filed. No one was taken into custody. Both colleges are investigating.