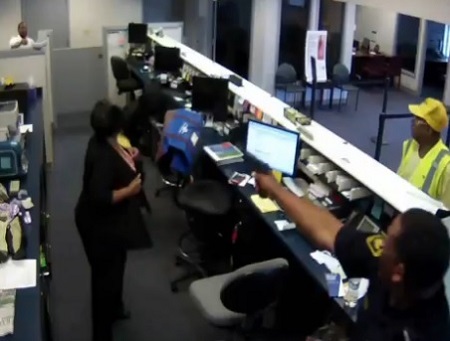 Madisonville, OH – Charges will not be filed against an off-duty Cincinnati Police officer who shot and killed a bank robbery suspect in Madisonville Wednesday,

Deters released internal surveillance video from inside the Fifth Third Bank on Madison Road. It shows officer Kevin Hankerson pull his service weapon as 20-year-old Terry Frost jumps over the teller’s counter. Watch the bank surveillance video at this link.

Cincinnati Police Chief Eliot Isaac says Frost pointed a gun, covered by a plastic grocery bag, at the teller and officer. At some point in the ordeal, the weapon misfired because Frost had the wrong ammunition inside