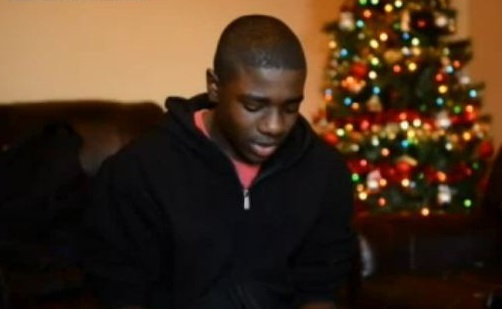 Via The Root reports:

When a 13-year-old Chicago boy wrote a letter to Santa asking simply for “safety” this Christmas, he didn’t expect to get a response from the president of the United States.

Malik Bryant, who lives in a high-crime neighborhood on the South Side called Englewood, didn’t ask for your typical Christmas toys when he participated in a charitable Letters to Santa program in the city.

“All I ask for is for safety. I just want to be safe,” his letter read, according to Direct Effect Charities’ website.
Michelle DiGiacomo, the CEO of Direct Effect Charities, the nonprofit that puts on the program, said the organization receives more than 8,000 letters from Chicago Public Schools students each year, but she only has time to read some. She opened Bryant’s letter in early December and said she was overwhelmed, uncertain of what to do.

“When I saw that one my heart leaped out of my chest,” she said. “What are you going to give a child who asks for safety?”
Heartwarming Holiday Stories From Across the U.S.

She sent the letter out in the organization’s December newsletter, where it was seen by Spencer Tweedy, son of Wilco frontman Jeff Tweedy.

“My wish is to find a home for him in a safe neighborhood where he can go outside and play basketball,” said DiGiacomo. “I’m giving myself three days to do it.”

“My staff and I thought, ‘Let’s see if we can get the White House to respond,’” Quigley said. “They are very busy at this time of year.”

Bryant received a Wii game and a new computer from the Letters to Santa program after his mother told DiGiacomo Bryant needed things to entertain him indoors because “it’s too dangerous” outside, the Chicago Sun-Times reported.

But over the weekend, he received one final Christmas gift—a letter from the White House, signed by President Barack Obama.

“I want to offer you a few words of encouragement,” the letter read, according to the Sun-Times. “Each day, I strive to ensure communities like yours are safe places to dream, discover, and grow. Please know your security is a priority for me in everything I do as President. If you dare to be bold and creative, work hard every day, and care for others, I’m confident you can achieve anything you imagine. I wish you and your family the very best for the coming year, and I will be rooting for you.”

“I know it meant something to the president coming from Chicago and understanding that this young man, more than anything, wanted something for him and those around him– he wanted safety,” Quigley said.