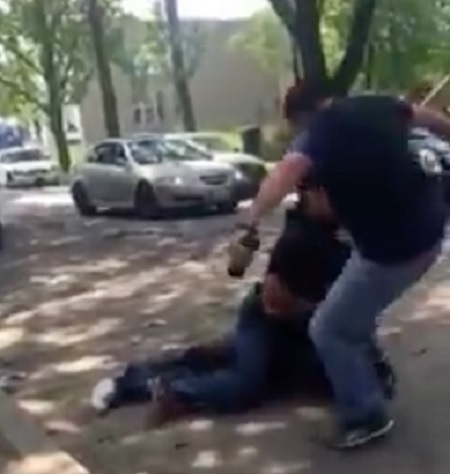 Cell Phone footage Captured by Terrance Hobson shows a police officer trying to apprehend a suspect on Monday in the 3900 block of West Grenshaw.. Another officer shows up who appears to kick the man in the head knocking him out.

The man goes by the name of  Shaquille O’Neal lost consciousness and was later rushed to a local hospital for treatment.

Witnesses say O’Neal stopped moving for about 20 minutes they really thought he was dead after the kick, his family is outraged and wants justice.

Some activists say the Chicago Police Department’s pattern of misconduct in the African-American community must end.

“Without knowing the entire facts of this situation, it’s hard to make that conclusion,” Brown said.

The suspect was arrested after officers chased him and found three bags of heroin on him Monday afternoon, Chicago police spokesman Anthony Guglielmi said. Police said charges were pending against O’Neal.