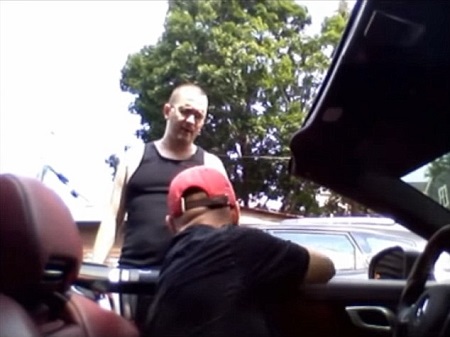 Cell phone footage shows  of an August 2015 shooting has landed a Chicago man who was previously acquitted of a 1993 murder back behind bars for nine years.

Thaddeus Jimenez, 37, was in prison for 16 years after getting convicted for the fatal shooting of a 19-year-old man. He was freed in 2009 after his conviction was overturned.

Jimenez would later win a $25 million verdict for the wrongful conviction in 2012. Prosecutors said some of that settlement was used to buy luxury cars and recruit members for his gang, the Simon City Royals.

Jose Roman later used a cell phone to record the multimillionaire-turned-gang leader shooting another gang member in both legs while driving through the Irving Park neighborhood.