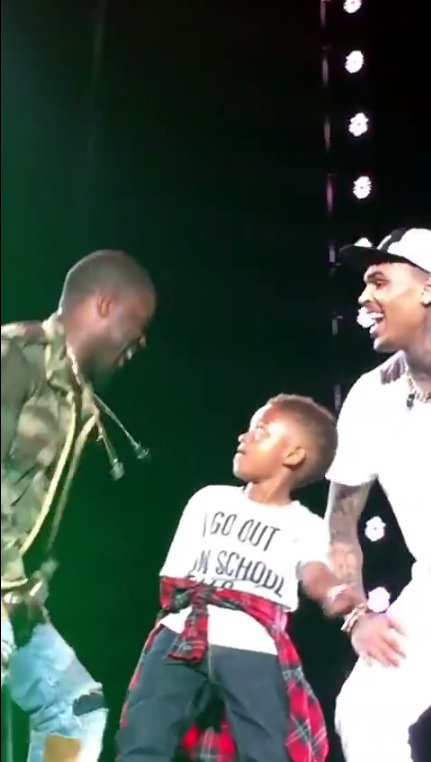 CB gets rid of  his stress after his baby secret became public the 25-year-old Chris Brown hits the stage with his Nephew, Kevin Hart and Tyga to perform Loyal live

watch the Moment a child will never forget..