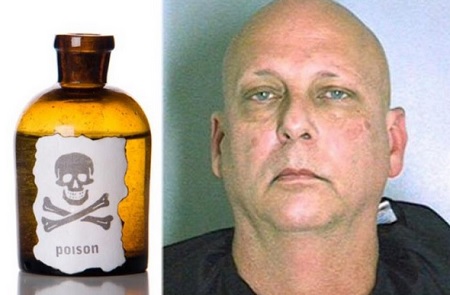 A Georgia officer tried to kill himself after Jury found him guilty last week.

Sources say Kelles Twohearts drank a  liquid right in front of his judge and had to immediately be treated for poison.

58 Year Old retired Georgia police officer was convicted of molesting a nine-year-old girl had drank poison in court as the guilty verdict was announced.

Lory was taken into custody following the sentencing and was transported to DeKalb Jail, according to the Atlanta Journal-Constitution.

It was at the jail that deputies learned that Lory had consumed a poisonous liquid and transported him to Grady Memorial Hospital.

Lory, who was arrested in December of 2014, faces two life sentences plus 40 years and will be sentenced at a later date.

He was found guilty of molesting the girl, who was a family member, between July 2011 and July 2012.

The victim, who testified at the trial, was nine years old when the abuse began.

Lory is a retired officer of the Chamblee Police Department. He previously worked for MARTA Police. He was retired when the abuse occurred.