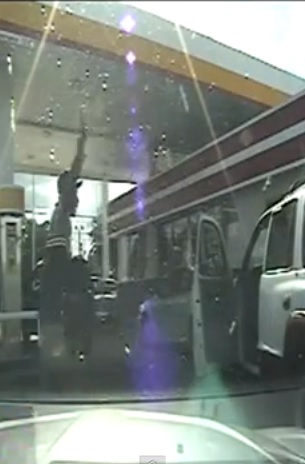 Levar Jones was unarmed, in the parking lot of a gas station just outside Columbia on September 4. a m when a highway trooper approached him and ask for his driver’s license the victim then reached in his car to grab the license and was shot multiple times

Sean Groubert, 31, was fired from the Highway Patrol after the incident, and has been charged with aggravated assault and battery, now faces 20 years in prison if convicted of wrongfully shooting the driver.