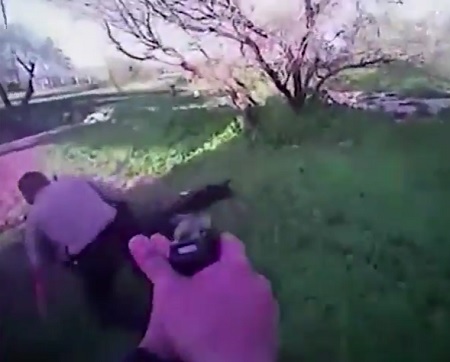 Body cam shows officer from Maricopa County Sheriff’s Office, Arizona shoot a charging dog. The dog was not killed in the shooting and is recovering from being shot.

Police shoot a pit bull terrier after it charged at two officers who were searching the backyard of a home A police officer shot a pit bull after it made a run for him and his partner Officers were on the scene of a house to make a welfare check on an individual The pit bull escaped the officer fired several shots to keep the dog away.