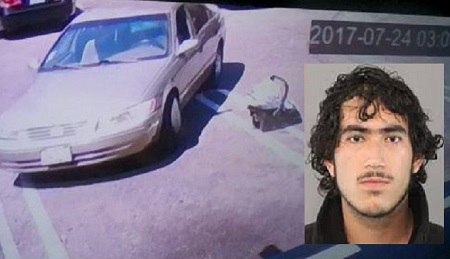 A father was arrested after he was seen on surveillance video abandoning his newborn in a Suisun City strip mall, police said.

The newborn was first taken to North Bay Medical Center in Fairfield for observation. But he was then airlifted to Children’s Hospital in Oakland, after testing revealed an issue.