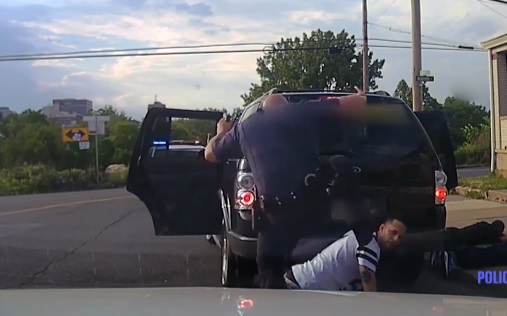 A man who was kicked by a Pennsylvania police officer is suing Allentown city officials and members of its police department, alleging that arresting officers violated his civil rights when they used excessive force during the 2015 incident and that city and police officials attempted to cover it up. Allentown police officer Joseph M. Iannetta kicked Hector Medina-Pena in the head as he was on the ground on all fours after the car he was riding in was stopped by police, the lawsuit alleges. The incident was captured on dashcam video. Via PoliceActivity.