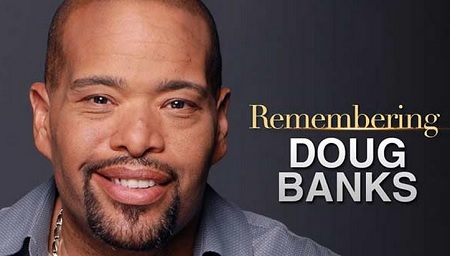 Doug Banks was an American radio personality and host of The Doug Banks Radio Show in L.A., San Francisco, Las Vegas, Detroit and finally V103, his website says, before signing on to do a nationally syndicated show. His show airs on V103 from 2-6 p.m. on weekdays.

“With a heavy heart our V103 family would like to send our thoughts and prayers to Doug Banks’ family and friends. Doug, a true radio legend, has passed away today. Doug was an inspiration to many, the “Dan Ryan Head” and a radio icon in Chicago radio for many years. He will be greatly missed by everyone who knew him”.

Our condolences goes out to Doug.

BREAKING NEWS: I am stunned to hear of the death of Doug Banks. I heard he was not doing well and had failing kidneys. This is just so hard.