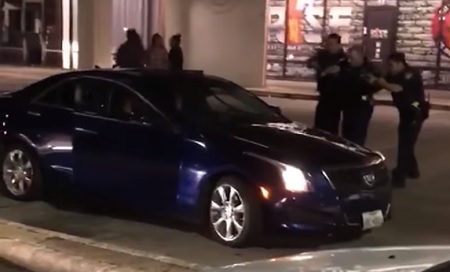 Harris County deputies were working in uniform at an off-duty security job for Johnny B’s Outlaw Saloon at around 2 AM Friday morning. A fight broke out in the parking lot, and then a man drove up in a blue Cadillac and opened fire. It’s not clear at this time who he was shooting at.

Three Harris County deputies ordered him to drop the gun, and when he continued to fire, the deputies gave him a premium leaded fill-up. The 27-year-old man died from copious blood leakage.
The three deputies have been placed on leave while the shooting is being investigated, according to Click2Houston. A large number of witnesses were present at the time.