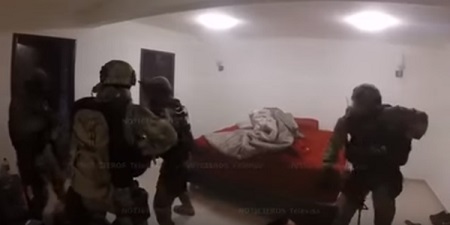 Five of the drug kingpin’s associates were killed, six injured and several captured. One marine suffered a non-life threatening injury.

Guzman escaped the initial raid through storm drains and exited a manhole in the street. He and an associate carjacked a vehicle, but were eventually caught.

He had been the subject of a manhunt since escaping from Altiplano prison, 50 miles outside of Mexico City, on July 11, 2015.

The marines were wearing GoPro cameras during the raid. 15-minutes of footage has now been released.