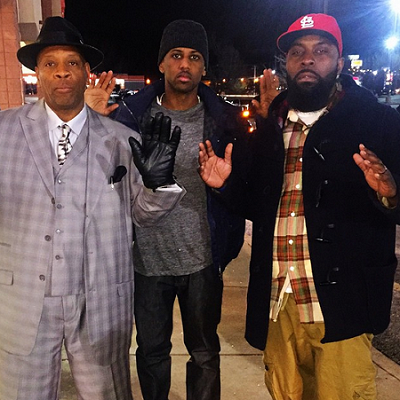 Rapper Fabolous shared a picture on Instagram of him meeting with mike browns Parents in Ferguson with their their hands raised to the sky. Fab payis tribute to police brutality victim Mike Brown on record, as well as participating in local protests, but only a select few have made it out to Ferguson.

Brother Shaheed, Myself, & Michael Brown Sr. Coming to St. Louis it was important to me as a Brother, as a Man & as a Father to go to Ferguson & see it for myself & to also meet Michael Brown Sr. His strength gives us all strength! My heart, prayers, & respect goes out to the Brown Family. Thank You @loosecannonslim for makin this happen! #RIPMikeBrown #JusticeForMikeBrown #DontShoot #Ferguson #STL 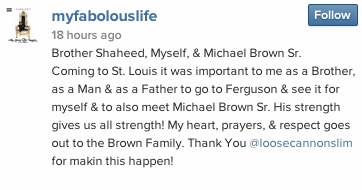