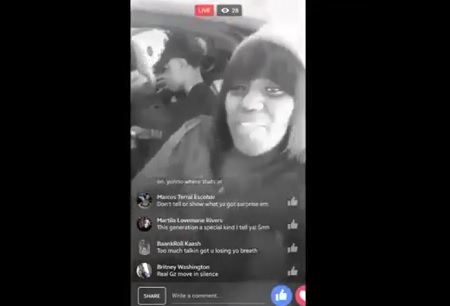 A Dallas couple who allegedly admitted to killing someone on Facebook have been arrested on suspicion of killing a teenager in broad daylight.

Hakeem Leprince Griffin-White, 17, and Ashley Ann Coleman, 27, were arrested in Dallas on Sunday for the murder of Drekeiston Alex, 19, who was shot dead on Thursday afternoon in the middle of a street.

Both allegedly admitted to killing someone in a Facebook video, and last week Coleman posted an Instagram picture in which she referred to them as ‘Bonnie and Clyde,’ Dallas News reported.