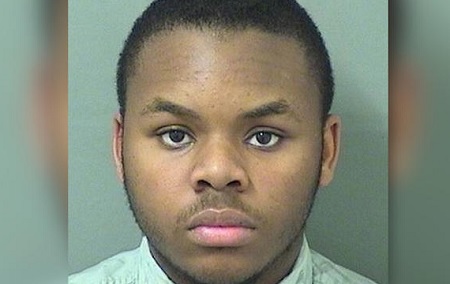 A south Florida teen is now behind bars after playing doctor with real patients for the 2nd time in over a year, authorities say.

Malachi Love-Robinson, 18, known as “Dr. Robinson” to his patients, was arrested after he allegedly gave physical exams and medical advice to people

— including an undercover officer — at a “holistic medical clinic” he founded in West Palm Beach. Sources say Love-Robinson is the same teen caught in January 2015 masquerading as a doctor at St. Mary’s Medical Center,

peeking in on gynecology exams and keeping a wardrobe of lab coats inside his car. Dr

. Sebastian Kent, an OB/GYN whose office is on the St. Mary’s Medical Center grounds, said he was amazed to hear that the same teen who had introduced himself as a doctor a year ago had been

accused of impersonating a doctor a second time. “I’ve been in practice for 36 years, this is the first time something like this has happened,” he said. “It’s very strange. Very, very strange.” Love-Robinson is charged with practicing medicine without a license. He is being held at the Palm Beach County Jail on $6,000 bail.