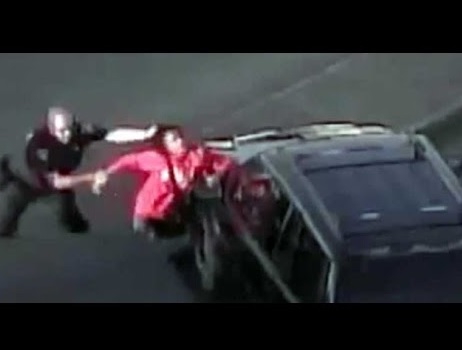 A Tacoma, Washington family is suing over the brutal beating in 2014 of then-15-year-old Monique Tillman, who a Tacoma Police officer pulled off her bicycle, choked and then shocked with a Taser. The Free Thought Project reported Saturday on the attack, which was recorded by security cameras. When the girl tried to explain that she and her brother live nearby and routinely cut through the parking lot, Williams became enraged and attacked the girl. The officer grabbed the girl off her bike and began choking her, slamming her against a car and slinging her around like rag doll. He then shocked her with a Taser. Williams arrested the teen and charged her with resisting arrest and assault on an officer. The charges were dismissed by the court. Now, the family is filing suit this week against Williams, the mall’s parent company and the security firm.