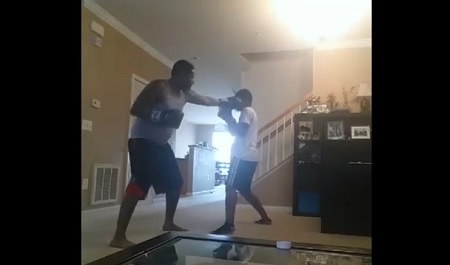 Father Charged With Assault & Battery After Posting Video Of Himself Boxing With Son As Discipline!

A Virginia father who shot video of himself boxing his teenage son and posting it on social media is now facing charges in the case. The 17-year-old has also been removed from his father’s house amid the investigation. The father says he was disciplining his child while also teaching him how to defend himself, but many questioned whether what he did was discipline or abuse. Sellers turned himself in to police in Prince William County early Friday morning. He faces charges including domestic assault and battery. He was released from jail Friday on $5,000 unsecured bond.