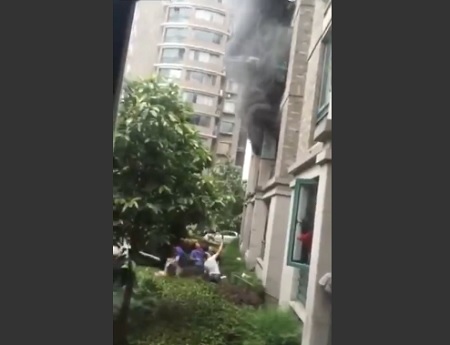 A man was captured throwing his baby down to ground then jumping afterwards as fire broke out in his home in east China’s Wenzhou on June 6.
The man living on third floor can be seen in the video trapped in fire with the baby. With no way to escape but the window, the man had no choice but to throw the baby to his neighbors who were holding mattress on ground trying to catch them. The man was seen jumping to the ground after he saw the baby was caught by the neighbors. Both the man and his baby were rushed to hospital and are in stable conditions.