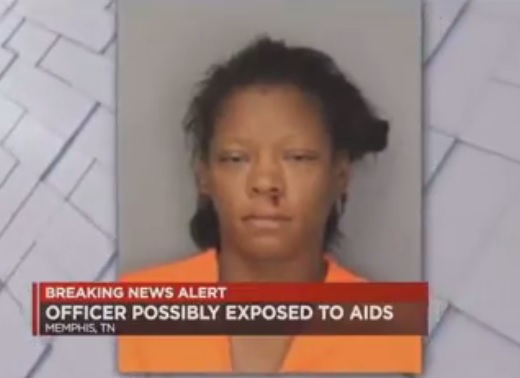 Memphis police said a Mid-South woman bit an officer, therefore exposing him to HIV. According to the police report, two officers said they saw a 2007 Chrysler 300 with a drive out tag that expired more than two years ago. The driver, Dayton Smith, had a suspended license. She was unable to provide proof of insurance and was arrested. While searching Smith’s car, police said they found what was later revealed to be marijuana, crack, and cocaine.

Female With Aids Bites Officer During A Traffic Stop Exposing Him To HIV!