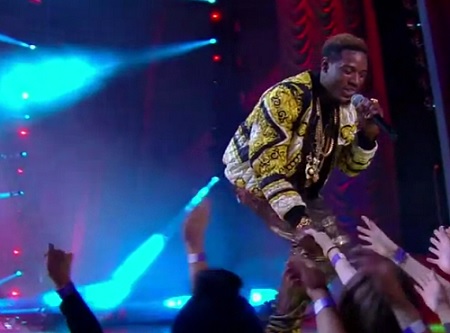 The 2015 installment of MTV’s Movie Awards aired tonight (April 12th), and among the usual assortment of random nominations (Best Kiss! Best Fight! And so forth) fans were treated to a rather great performance of Fetty Wap performing his Gold-selling single “Trap Queen” while backed by Fall Out Boy. Watch the performance below.

Fall Out Boy & Fetty Wap Combine Forces To Rock The Face Off The MTV Movie Awards!