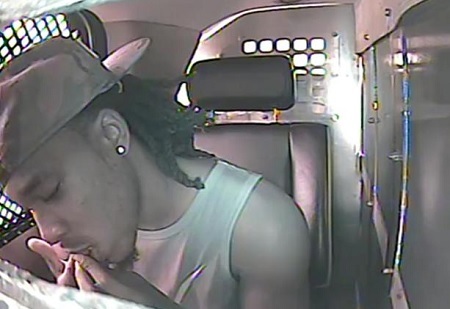 In a stroke of genius, a Florida man arrested for driving a stolen Mercedes chewed off and ate his fingertips to avoid being fingerprinted by police. Despite his dedication, a fingertip scanner quickly identified Kenzo Roberts, who was also carrying a fake I.D., three fake credit cards, and a concealed firearm, WPTV reports.

He was charged with three counts of possessing a fake credit card, grand theft auto, possession of a concealed weapon, driving with a suspended license and giving false ID to a law enforcement officer.