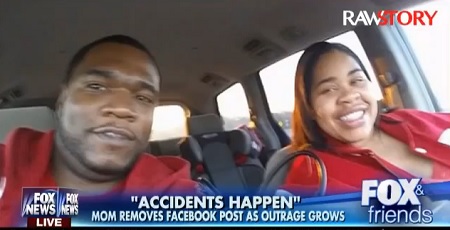 Fox & Friends wondered if the parents of the boy who fell into a Gorilla enclosure at the Cincinnati Zoo over the weekend should be charged, pointing to the “lengthy criminal record” of the father who was not there at the time. On at least four occasions, Tuesday’s edition of Fox & Friends brought up a Daily Mail report that detailed the criminal history of Deonne Dickerson, the father of the 4-year-old boy who climbed into a Gorilla enclosure, eventually leading to the animal’s death. However, the show did not mention that the report found that Dickerson “appears to have turned his life around to become the proud father of four.”