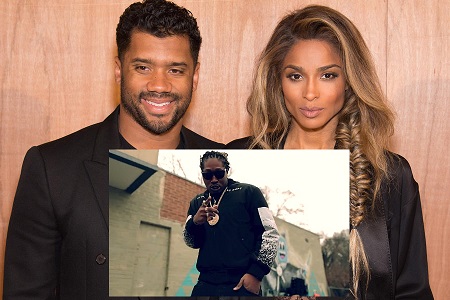 After hearing allegations about Ciara being concerned that her baby father Hendrix is out to kill her fiance Russell Wilson, the freeband rapper took to twitter to share a few words.

Ciara got worried after Future took to his Instagram page to post emojis full of guns pointing at footballs, which made her feel he was aiming towards Wilson, who is a football player for the Seattle Seahawks.

While Future kept his response vague, it looks as though he did get wind of her recent fears and had something peaceful to say in return.

I put my own work in,no publicity..let me focus on being great & leave me out the fake shit plzzzz #jusgettinstarted