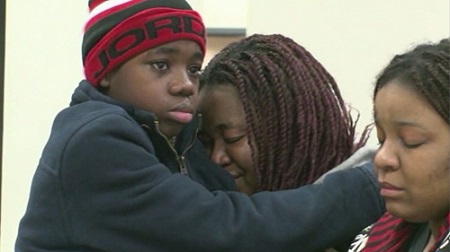 Two Georgia parents accused of hiding a kidnapped child behind fake wall in there own home bail was denied on Sunday.

The father is being investigated also for beating the 13 yr old with a stick.

Jean is the father of the unidentified child who refused to return him to his mother when he came for a visit from Florida four years ago, police said. He and Davis, the boy’s stepmother, are accused of hiding him behind a false wall inside a linen closet in their Jonesboro home.