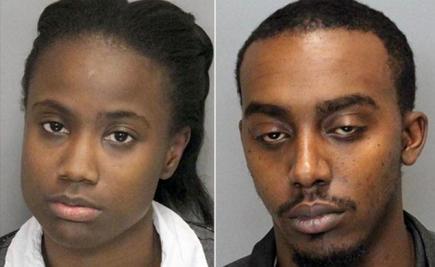 Jasmin Briana Moore and William Chester Hickson of Atlanta are being charged with 1st degree Murder, cruelty to children…

Bad parenting, A Georgia couple was arrested for nearly killing there child by giving him coke mixed with 40-proof brandy

The boy was not breathing when police found him

Cobb County, Georgia, authorities say the boy’s blood alcohol level was 0.29 when he was taken to the hospital, more than three times the legal limit for drivers in that state.