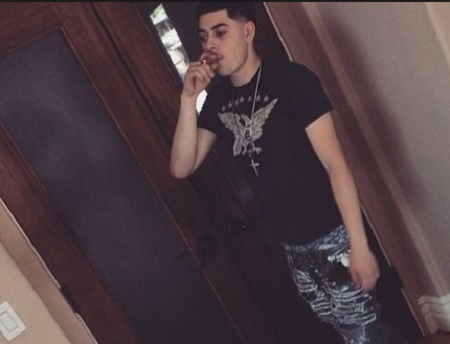 Lil Flash is seen unconscious during the beaten which took place at a home studio in Chicago.

On Sunday, April 3, that shows Flash being held in a full nelson by one person while another, allegedly rapper KuGlo Lil Sam, punches him in the face repeatedly. At one point you can see Flash’s assailant snatch a wad of cash out of his pocket.