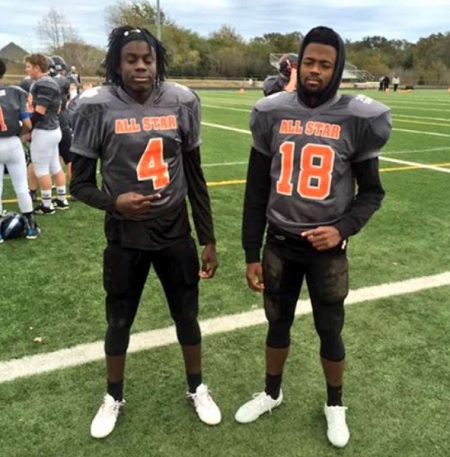 Two Texas teenagers were kicked off their local football team for protesting during the national anthem prior to a Friday night game.

Two cousins Larry McCullough, 18, and 16-year-old Cedric “CJ” Ingram Lewis both were kicked off their football team for taking a knee during the national anthem on Friday night game.
Their coach immediately made the young man take off their uniforms and leave the field.
The boys say: “He said, ‘Take off your uniform, right now,’ and he made me and CJ strip down in our uniform — pads, the pants and all, in front of everyone,” . He and his cousin said they were humiliated.
“He’s a pastor,” said Rhonda Brady, Lewis’ mother. “The way he handled it is almost a slap in the face.”
“I placed them in a Christian-based program so they wouldn’t have to go through things like this,” Brady told CNN. “They were really, really hurt.”
Of course, a divided America can’t agree on the definition of patriotism
Ronnie Mitchem, the pastor of the Victory and Praise Worship Center in Crosby, Texas, started and coaches the football team for students who are homeschooled or attend a private school without a football team, according to a page on the church’s website.