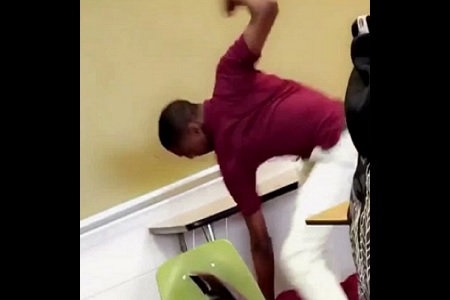 The teen punched his teacher in the head, causing him to crash to the ground before he continued to throw punches. Police said the teacher suffered non-life threatening injuries from the attack.

It is not clear what led to the fight but the duo could be heard yelling at each other prior to the first punch being thrown.

The student was arrested at the school and is now facing possible charges. A Milwaukee Public School spokesman said he couldn’t comment but said they were cooperating with the police investigation.

The incident is set to be reviewed by the Milwaukee County District Attorney’s Office.