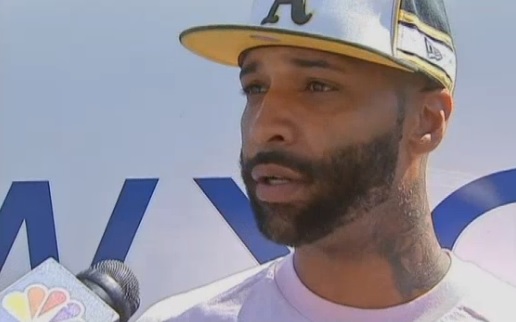 Recently The NYPD launched a manhunt for the slaughterhouse rapper Joe Budden, Joey was accused of assaulting and robbing his model ex girlfriend in Washington Heights, police recently released a picture of 33 yr old Joe Budden as they continued their search
The attack happen earlier this week when Budden drove up to a restaurant near Nagle Ave. and Dyckman St. at 4:30 a.m. Sunday, grabbed his ex and forced her into his car.

Today ABC News caught up with Joey in North Jersey and he explained that he turned himself into Jersey police already and that his lawyers are now handling the case.